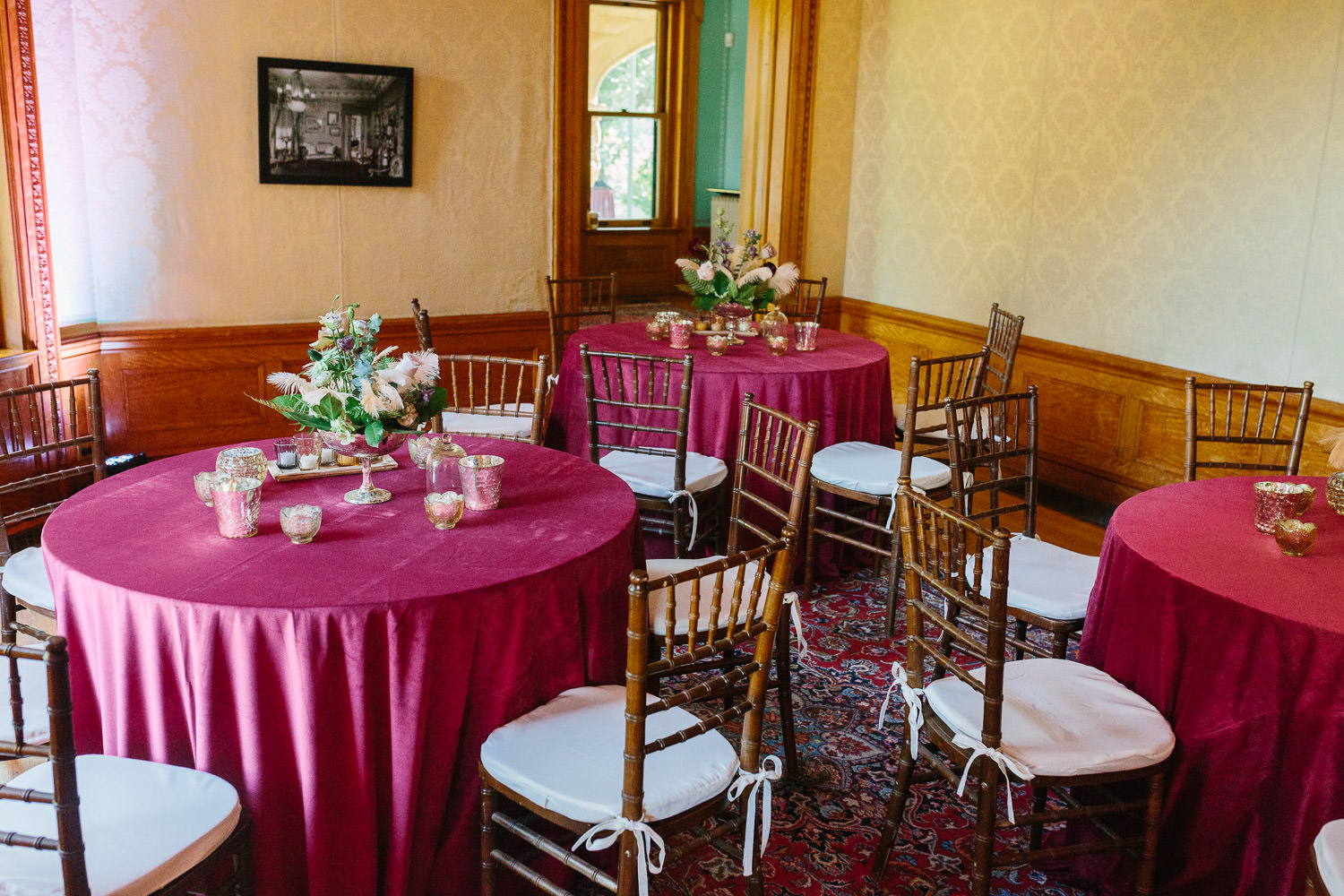 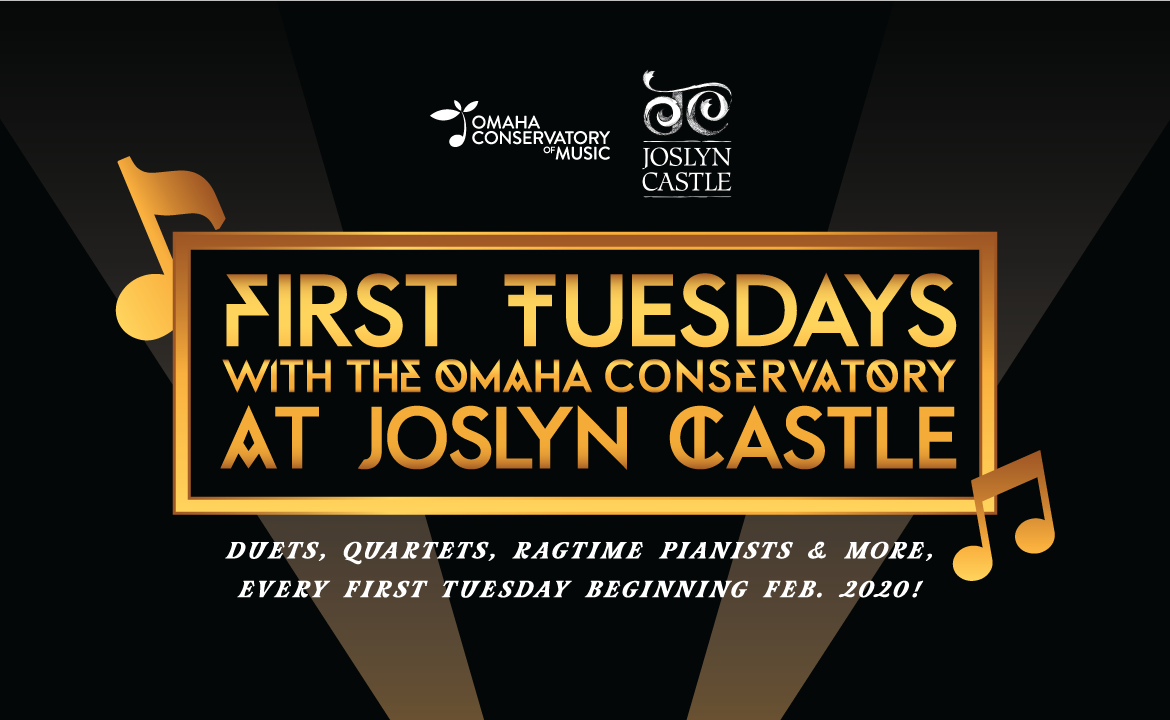 The First Tuesdays with the Omaha Conservatory of Music at Joslyn Castle series is sponsored by Richard and Mary Parrish. Tonight's performance is brought to us by Security National Bank.

Voice and piano duo exploring the more amusing side of music! From delightful musical theater songs to understatedly comedic classical journeys, Anne and Cody will delight with rarely performed playful music in a salon concert setting.

About our Performers:
Anne Madison has performed throughout Europe and recorded works included on eight compact discs. After earning Bachelor and Master of Music degrees with distinction from the University of Nebraska-Lincoln and Baylor University, she continued her studies in Europe, receiving an Artist Diploma from the Vienna Conservatory in Austria, where she concertized regularly as a soloist and as a collaborator.
Since returning to the United States, Madison has appeared on concert series in Birmingham, England; Vienna, Austria; and in the Midwest. She has appeared both as a piano soloist and a keyboardist with the Omaha Symphony and has performed and taught in connection with its educational outreach programs. In April of 2015, she played the world premiere of composer Jackson Berkey’s Piano Concerto-Easter 2015 with Orchestra Omaha, with whom she also performed Rachmaninoff’s Second Piano Concerto on the final concert of the orchestra’s 10th anniversary season. She has been active as an editor and recording artist for String Odyssey publications since 2014.
Madison is a Nationally Certified Teacher of Music and is active as a clinician, speaker, and adjudicator. She serves as Chair of the Piano Department at Omaha Conservatory of Music, where she has been a member of the artist faculty since 2001. In addition, she has taught on the faculties of the Carinthia International Piano Academy in Klagenfurt, Austria, the Tyrolean International Piano Academy in Innsbruck, Austria, and at the University of Nebraska-Omaha, as Visiting Faculty Artist of Piano. In 2019, Madison was honored to receive the Nebraska Music Teachers Association Teacher of the Year Award.
Her principal instructors have included pianists Krassimira Jordan, Thomas Kreuzberger, Audun Ravnan, Shirley Irek, and Dr. Thomas Ediger, who have always been inspirations in her work.

A native Nebraskan, Cody Jorgensen has dedicated his career to teaching, performing, and bringing vocal percussion and other innovative techniques to a cappella singing. A private voice instructor and small ensemble vocal coach at the Omaha Conservatory of Music, he is an active outreach clinician for the Omaha Conservatory of Music working with a cappella groups, quartets, show choirs, and school choruses on vocal technique, choral performance, vocal percussion, and beat-boxing in schools throughout Eastern Nebraska.
Cody’s performance career presented many opportunities to work with talented vocal students in groups and as soloists throughout the world. While working with Celebrity Cruises, his quartet developed a workshop series, encompassing music history, vocal technique, and vocal percussion. Cody taught thousands of enthusiastic students in Hong Kong the art of a cappella singing, and presented workshops and master classes for music majors at such significant Asian institutions as the Hong Kong Academy for the Performing Arts, and that of Singapore.
In addition to his extensive work as an a cappella singer, Cody has also been active in the musical theater scene, performing roles in Musical Theater productions both in Nebraska as well as Chicago, IL. He spent several years with the Theater of the American West, engaging audiences in shows such asThe Music Man, Into the Woods, and Li’l Abner. He also played Professor Bhaer in the Chicago area premier of Little Women, the Musical at the Jedlicka Performing Arts Center.
He enjoyed the first part of his career with the male vocal group Metro, an a cappella rock ensemble. Singing Bass and Vocal Percussion, Cody toured with Metro for the Disney Corporation both as an independent artist, and as a recording artist with two CDs and a music video to his credit. During this time, he shared the stage with many artists, including West End stars, Mark O’Malley, and Lindsay Hamilton.
While with Metro, Cody sang in some 25 countries, including performances at the 2009 Korean A Capella Festival, as well as at numerous events for companies such as Audi, Nescafe, and the French Chamber of Commerce in Hong Kong.
Cody graduated from Doane College (NE) with a degree in Vocal Performance in 2004. His principal teachers include with Dr. Hannah Jo Smith and Tom Westfall.